I have migrated to a new site! Please find me at https://mandyfroehlich.wordpress.com/. As of April 15th, 2017 this site will no longer be updated. Thank you!

A couple of months ago, I was introduced to the idea of Student Led edCamps. Being a Public Relations Coordinator for edCamp Oshkosh and a total believer in the power of the learning that can happen through an edCamp, I was all for trying the idea out. All I needed were some test subjects teachers who would be willing to work through what it would look like when it was implemented. Lucky for me, three of my fifth grade teachers were up for the challenge.

Fortunately, most of us had been to an edCamp and knew how sessions were grown organically by the attendees of the conference. What we didn't know was what it looked like when students took the helm, so I decided to research what others have done. I researched and researched and researched. I found blogs and articles on the benefits of Student Led edCamps and teachers who had implemented it and found it to be a wonderful way to empower kids and engage them in their learning. What I didn't find were any resources on HOW to implement such a project. I wanted perimeters (if there were any), timelines, guidelines...but I couldn't find any of that. So, we started from scratch, and my hope in posting this information would be to share what we did, what was successful, what failed, and what will be done differently next time.

Around this same time, I had just finished the book The Innovator's Mindset by George Couros. He spoke about Identity Days at his school where students and staff were able to present on a topic that they were passionate about. In one chapter he says, "Allowing students to share their interests created an environment where they felt that their voices mattered and that what they cared about mattered as well." I loved this idea, and at the first brainstorming meeting I suggested that we did a mashup of an Identity Day and a Student Led edCamp. These are the basics of what we ended up with on our planning doc:


We really had no idea if the kids would go for this or not. Even though they could talk about something that really interested them, they had to do all the work on their own time, and weren't required to even participate and it wasn't graded. I think that my three teachers were skeptical that the students would take something like this on.

Our next step was to get all the fifth graders together to show them a presentation showing them an example of a teacher edCamp and explaining what we were thinking. They were instantly excited and students began signing up to lead sessions. We began with 63 total students and, after a couple of changed minds, 38 asking to lead a session either individually or with a partner.

We gave the students two weeks to get ready for their sessions. I met with them during recess several times to try to help them in any way I could. One issue we had was that there were not enough computers available for students to work, and some didn't have computers at home to work. Our computer lab was reserved during many of the days that I had available to work with the students, so we did the best we could and the teachers tried to allow time in the computer lab.

Close to SLedCamp Day, we had all students choose the sessions that they wanted to attend. We were afraid that there would be some sessions that nobody would choose, and truthfully we weren't sure what to do if that happened. Fortunately, it did not. This was our final schedule.

The day of SLedCamp really went well. We had very few behavior issues because students were engaged in the learning. One teacher stayed in each room with the students to supervise, but students watched the clock and transitioned without much prompting. They felt in control of their SLedCamp. The Leaders were amazing. Even students who would typically not get up and present were enthusiastic. Many students were absolutely natural teachers and it was obvious that some teaching strategies were modeled for them. For example, in a drawing session, I heard the leader say, "Everyone give me a thumbs up if you're ready to move on!"


Overall, our first SLedCamp was a huge success. The students were excited about what they learned from their peers.

"It inspired me to want to learn more about technology."

Upon reflecting upon the day ourselves, we found that the next time, we wouldn't bother asking the students which session they wanted to go to and scheduling them out. I think that our worries were unfounded that some students wouldn't have attendees. Also, the next time that we have SLedCamp, our sessions are going to be more academic and possibly we will try to embrace more of the true edCamp style where the sessions are grown organically from the participants. Only about half of the students included any kind of skill into their sessions, so that was a fail on our part for not making that more clear. For the first time, this time, the way we did it was great. We created buy-in and the students said that they would not have been comfortable presenting immediately without time to prepare. Regardless, it was an awesome experience for both us as teachers to see that side of the students and the students to be given the chance to show a part of themselves that they might not have otherwise shown.

I hope this post was helpful to anyone thinking of taking something like this on. If you have any questions, please let me know! 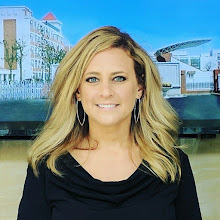 We Choose Our Attitude

I innately stink at change. That probably seems like a strange quality to admit while working in the field of education, especially when my ... 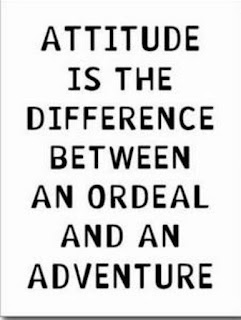 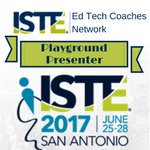